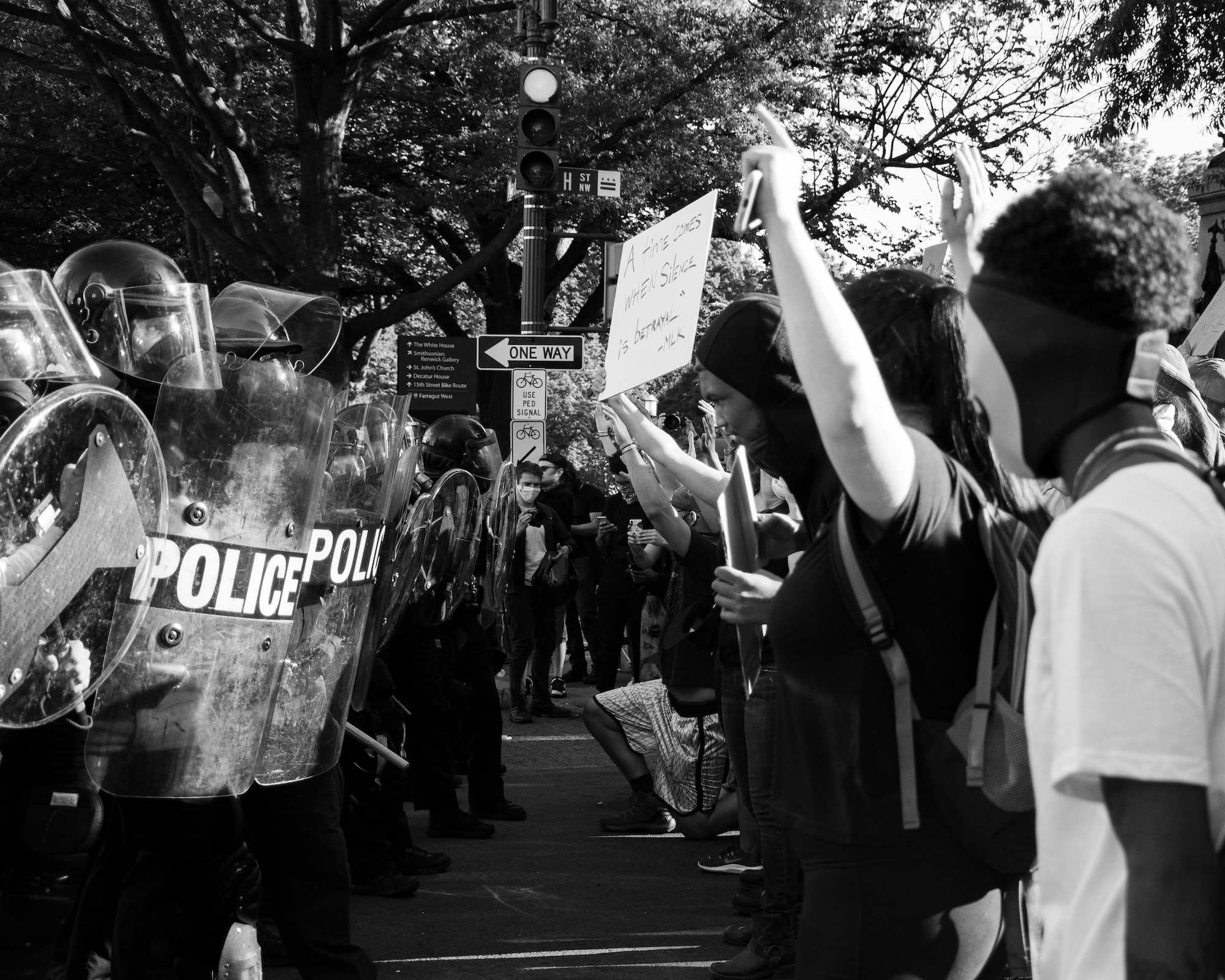 Today’s Collect, which I prayed at the beginning of service, is an appeal for God’s help to “increase in us true religion.”

So we have to ask: Which religion are we practicing? True religion? The religion with love at its center?

This morning, I feel as though I am Peter and Jesus is on the other side of the screen telling me a truth about this world that I don’t want to hear.

The fires blazing and the people raging, and a teenager shooting and killing 2 people and that being justified as keeping the peace––I didn’t want to see that.

I also didn’t want to wake up this morning to see that someone was shot and killed last night in downtown Portland.

Peter doesn’t want Jesus to go to Jerusalem to suffer and die, and I don’t want it to be true, that Kyle Rittenhouse, the vigilante who killed those two people in Kenosha, Wisconsin would probably not be in jail if he was a police officer.

Instead he might be put on administrative leave, protected by something called “qualified immunity.”

I don’t want it to be true that Jacob Blake can’t move his legs now, and that he could this time last week, and that now his legs are shackled to his hospital bed, even though his spine was shattered.

I don’t want that to be true.

I also don’t want it to be true that sometimes the response to learning these things is––well, what did he do? I’m sure he deserved it.
But, here we are.

I’m unsatisfied with what is true, and so was Peter.

So maybe Jesus is saying to me, Get behind me, Satan. Don’t tempt me with believing that the truth is not the truth. Peter doesn’t want to hear that Jesus will die on a cross.

Crucifixion means that the state finds it permissible to execute a person in a humiliating, dehumanizing way, in full public view.

They didn’t have cell phones videos in Jesus’ day, but if they did I guarantee you we would have seen him hanging on the cross during the nightly news.

Certainly Peter doesn’t want that for Jesus. Jesus is the good guy.

And good guys are supposed to kill bad guys, right?

That’s what we’re all supposed to want, right?

That’s what goes through the mind of the Jesus follower in the Garden who takes out his sword and cuts off the ear of the Roman guard.

That’s also what goes through the mind of the Roman guard as he hurls the hammer toward the open palm of Mary’s son.

Good guy violence is woven into our collective identity.

We allow for violence in this country. We depend on it. We celebrate it. We enshrine it in monuments and we sing about it in anthems.

Or, at the very least, as a necessary evil.

But “necessary evil” is not a Christian doctrine.

The Fall was not a necessary evil. It was a mistake.

The Crucifixion was not a necessary evil. It was an injustice.

God didn’t nail Jesus to the cross. Roman guards did.

And if the Roman guard is always the good guy, then there was nothing wrong about him nailing Jesus to the cross.

If the Jesus follower who takes up a weapon to inflict harm on the guard is also always the good guy, then a violent rebellion is justifiable.

In either case, the violence of the hero is accepted as permissible.

This is a part of the American religion of violence that has captured the hearts and religious imaginations of so many of us.

And I think we are called to think more critically than adherents of the religion of violence would have us do.

We are called to challenge this notion of good guys and bad guys, of permissible good guy violence, and justifiable bad guy executions.

Walter Wink, in his book, Engaging the Powers, rightly asserts that

“The myth of redemptive violence is the simplest, laziest, most exciting, uncomplicated, irrational, and primitive depiction of evil the world has ever known.”

This could not be further from the Way of Jesus, but this is becoming the American way.

Jesus is not the violent hero that Peter––or perhaps you and me––would want him to be. And we can find ourselves a violent hero to worship. They’re a dime a dozen today.

But that is not the Way of Jesus.

The Way of Jesus, Paul reminds us, is a way of love, mutual affection, honor, hospitality, and a duty to show kindness and compassion toward our enemies; so much so that we undermine the idea of being enemies.

Salvation was not achieved through violence against God.

Violence can try to triumph over love, but in the end, Christ is risen.

This is the heart of our true religion.

Photo by Koshu Kunii on Unsplash

For redemptive violence to thrive, we need to look at each other and forget our shared humanity; forget our belovedness by God.